Remember to look after your sunflowers this Easter.  Slow and steady wins the race!

Thanks to Matilda for organising this competition and making £60.50 for the school.

Our active Eco Alert group strongly believe that every voice and every action can make a difference. Here are some of the initiatives the children have promoted in the Spring term 2019:
 The Big Battery Hunt: recycling batteries. Each year, as a country we throw away about 600 million batteries. Over 20,000 tonnes of batteries end up in landfill sites – that’s as heavy as 4000 elephants. So far, we have had to arrange one collection due to the amount of batteries collected. We are still collecting and the more we get, the better for the environment, the less we are polluting the soil and water, the more materials can be reused (zinc, steel and manganese) and the more chance we have of winning prizes for the school!
 Matilda’s sunflower competition: Matilda in Y2 has planned and organised a project where children brought in a recycled plastic pot, paid 50p for soil and a seed and are involved in growing their own sunflower seed. Stage 1 of the competition will be measuring the tallest sunflower after a couple of months and Stage 2 will be once they have been planted out at school and they are at the flowering stage. Matilda planned the competition and then has promoted and implemented it making a total of £60.50 for the school.
 Protect our Planet (POP): the Eco Alert group have carried out a day dedicated to learning about ‘Plastics’. The normal curriculum was collapsed for the day and children across the school were involved in activities to promote their understanding about Plastics. This was supported by Delmeza and the team at Education Team from Recycle Devon.
 Bottle tops: promotion of domestic collecting of plastic bottle tops through LUSH – these can be sent off for recycling.
 Harry’s inhaler collection point: Harry in Y6 has organised the collection point for inhaler and spacers. Families can deposit their old inhalers and spacers in the monster bin in our school entrance and these will be recycled.

Protect Our Planet (POP) day: Devon Waste Education team – Demelza, Alex and Sally - ran workshops for different year groups throughout the day. Years 3, 4 and 5 learned that plastic was first invented in 1907. On average, plastic takes about 500 years to break down. This means that every bit of plastic that has ever been invented still exists today (112 years on) somewhere on our planet. Children learnt about the Great Pacific Garbage Patch that is an island of rubbish the size of Germany, Spain and France combined. We were also introduced to many alternatives that we could use to help cut down our use of single-use plastics: bamboo toothbrushes, reusable bags, metal or paper straws, reusable wrappers rather than cling film, bamboo cutlery instead of plastic throw away cutlery, making our own natural hand scrubs, use of soap instead of soap liquid, not using wet wipes and many more.

We saw pictures of animals that have been harmed by plastic. An albatross chick had died because the chick’s parents had been feeding it plastic (this was because they did not know the difference between plastic and food). The chick had a stomach so full of plastic that it could not eat any other food and died through starvation. We saw a picture of a seahorse who had attached itself to a cotton bud. We saw a picture of a turtle, named Peanut, because it had grown into the shape of a large peanut due to it being stuck in the plastic that holds cans together. The turtle had to have an operation to help it to recover.

Our Year 2 Eco Alert group organised an activity where children bought in some plastic waste from home and they made it into something different. Hermione made her bottle into a bird feeder. Matilda got the whole school involved in learning two songs ‘the 3R’s’ by Jack Johnson and ‘Everyone Can make a change’.

Year 6 did some amazing art work of which some is displayed in the school lounge. It shows wildlife in their natural environment with stomachs full of plastics, amazing landscapes ruined by litter and plastics. Year 6 and Reception children buddied up together for part of the day to do activities together based on plastic pollution.

Year 5 reused lots of plastic to make scarecrows with our marine plastic theme. These will be entered into Devon County Show scarecrow competition.

Years 1 and 2 enjoyed a ‘Pirates against Plastic’ workshop where they were doing a treasure hunt around the school grounds and found pictures of birds and animals that needed help – a gull with fishing net stuck in its beak, a seal with a plastic bag over its head etc. They understood what damage single-use plastic is doing to our environment and talked about ways of stopping these.

The Eco Alert team did a litter pick around the school grounds and were surprised by the 4 bin bags of rubbish we found that has been dropped by our own school community.

All in all it was a very busy day and one where we all learned a great deal. It made us think about what a difference one individual can make by taking small changes and will support the further work that the Eco Alert group will be leading in school next term.

Today in school has been POP day (Protect Our Planet).

Our creative Year 3 Eco Team helped to plan and organise the activities that Year 3 did throughout the day, the focus was on plastic pollution.  Lily, Ozzy, Maisie and Matthew planned a great activity to show how difficult it is for animals to know what is food and what is plastic.  They had small pieces of plastic mixed up with small pieces of food and used their thumb and for finger (as the animal's mouth) to scoop up bits of food and put it into a bowl (representative of the animal's stomach).  The children saw, even with their great eye sight, how difficult it was to not pick up the plastics and get the plastics in their bowls (stomachs).

1. Find out what classes know about plastic and the environment

2. Make sure every class has a scrap paper tray

3. Y4 and Y6 to empty the recycling bins

The Eco Alert group have been nominated for this year 2017-2018.  We meet approximately every other week with Mrs Whalley.

So far, we have had 4 meetings:

Meeting 1: name decided and talked about the role of the Eco Alert group

Meeting 2: litter audit - we did an audit of in school and in the school grounds.  We decided on a grading for litter in our school.

B - Mainly litter free except for some small items

We graded the classrooms as B.

We graded the outdoor environment as B.

We graded our shared indoor areas as B-

We graded the dinner hall after lunch time as D.

Meeting 3: we decided on an action plan based on the litter gradings.

Meeting 4: Y4, 5 and 6 Eco Alert met to plan an assembly to talk to children about our litter audit findings and some action that we want to take.

Recycling and events to come

Eco Council is helping our school by recycling the White paper that is in the green bins . We are trying to stop the trees being cut down and encouraging children to use both sides of their sheet of paper. We try to make sure that only white paper goes into these recycling bins and not other materials such as coloured paper that doesn't rip white. We are also trying to save electricity around the school when the classroom is not in use.
Faye, Austin, Theo and Kitty 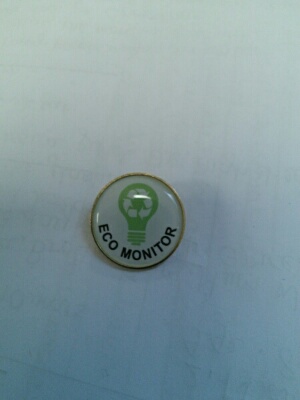 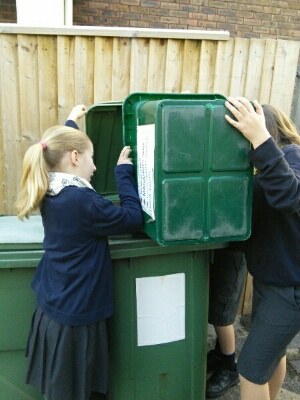 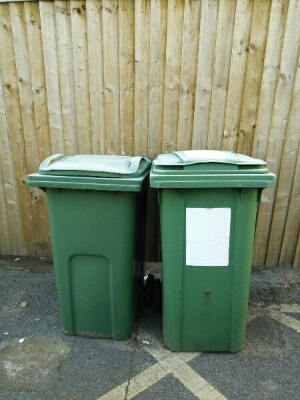 At the beginning of the Autumn we set up an Eco-Council. There are two representatives from each class in Years 4 – 6. So far we have looked into the safe walk to school, which will hopefully encourage more children to walk to school.
We have undertaken a Waste Audit of the school, where we investigated how much rubbish the school produces in 1 day. We have discovered that as a school we need to get better at recycling and we are now looking into ways we can improve this.